Hello! So today’s top ten tuesday theme is a love themed freebie so I’m keeping it simple and going with my favourite book couples! This was actually a little harder than I thought it would be because I generally read more dark and gritty books than romance-driven ones so I don’t have hundreds of favourite couples but we’re ok because I definitely have at least ten! Plus it’s also my birthday today so it’s an extra fun Top Ten Tuesday for me!

1. Tiffy and Leon in The Flatshare by Beth O’Leary 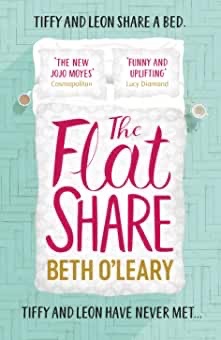 This is a book I wouldn’t usually pick up but I was hearing such great things about it that I decided to give it a read and ended up absolutely loving it. The relationship between Tiffy and Leon is what makes this book so warm hearted and lovely, plus just insanely readable!

2. Ron and Hermione in the Harry Potter series by JK Rowling

I could have picked a few Harry Potter couples but I decided to limit myself to one! So, I have gone for the classic Ron and Hermione, primarily because in recent years even JK Rowling has said she considered Harry and Hermione as a couple which I think is basically criminal (not to be dramatic or anything) because first, Harry and Hermione had ZERO romantic chemistry in the books and second, I think Ron and Hermione are the perfect foil to each others annoying qualities if that makes sense!

3. Jude and Willem in A Little Life by Hanya Yanagihara 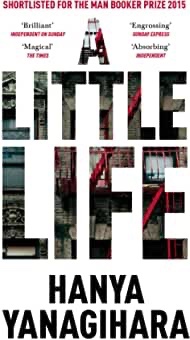 This book broke my heart into a million pieces but the relationship between Jude and Willem is one of the very few genuinely kind and lovely parts of the book. Their relationship is just beautifully sensitive and nuanced which is needed in such a intensely depressing read.

4. Elizabeth and Darcy in Pride & Prejudice by Jane Austen 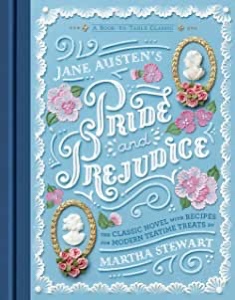 It’s a classic for a reason and also the Pride & Prejudice romantic dynamic is one that has been played out over and over in books/plays/films etc. because it works so well. It’s one of the original enemies to lovers stories and I just adore both Elizabeth’s wit and Darcy’s haughtiness.

5. Sara and Jeffrey in the Grant County Series by Karin Slaughter 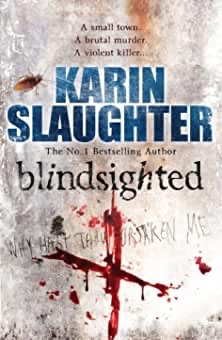 This is probably my favourite crime series and whilst the relationship between Sara and Jeffrey isn’t centre stage that frequently, what with all the grisly murders, it is an aspect of the series I really love. They are a very real feeling couple with problems and flaws, it’s no fairytale romance and I enjoy that!

6. Patroclus and Achilles in Song of Achilles by Madeline Miller

Song of Achilles is an incredible book and if you haven’t read it I strongly recommend putting it on your list! The central relationship breathes life into distant feeling icons of Greek Mythology and also makes events like the Trojan War feel like they really happened and makes you genuinely feel for these characters.

7. Bronwyn and Nate in One Of Us Is Lying by Karen M. McManus 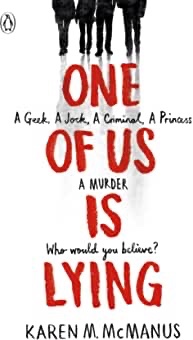 This is one of my favourite Young Adult books because it was honestly just a supremely fun book to read. I found all the characters interesting and the dynamic between Bronwyn and Nate is fantastic and full of chemistry.

8. Rosie and Don in The Rosie Project by Graeme Simsion

I loved this book when I first read it but I, bizarrely, haven’t read any of the sequels. This is mostly because I loved The Rosie Project so much and loved the relationship between Rosie and Don and I kind of thought the book ended well. I basically didn’t want to ruin the magic of it by being disappointed by the follow ups although I may give in to curiosity and read them eventually!

9. Tom and Isabel in The Light Between Oceans by M.L. Stedman 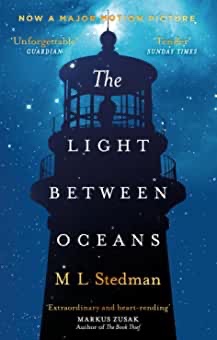 The Light Between Oceans is a heart wrenching novel and the couple at the centre of it are lighthouse keeper, Tom and his wife Isabel. It’s not a particularly cheerful book but I found the relationship really subtly beautiful and full of interesting layers. It’s a great book and the film version is actually very good too which is a rarity.

10. Nina and Matthias from Six of Crows and Crooked Kingdom by Leigh Bardugo 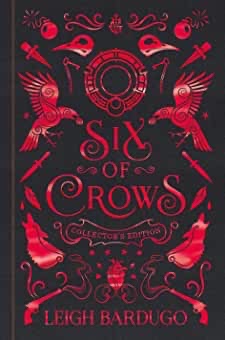 I actually really love all the Six of Crows couples and could have gone for any of them but I feel like Nina and Matthias sometimes don’t get as much love as the others and I really like the passion and fire in their relationship. Plus I have a bit of thing for Matthias – I love his stoic brooding attitude!

So that’s it for today! Ten of my favourite book couples! I would love to know what you think of my list and also who some of your favourites are so please lets chat in the comments! And also leave a link to your own Top Ten Tuesday – can’t wait to read all the love themed lists!