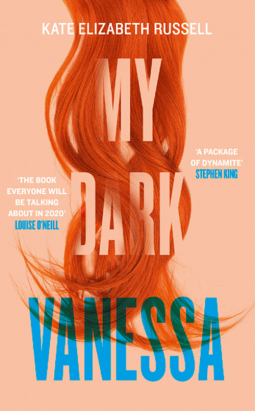 Today is the beginning of the @tandemcollectiveuk #readalong of ℂ𝕣𝕠𝕤𝕤𝕣𝕠𝕒𝕕𝕤 𝕓𝕪 𝕁𝕠𝕟𝕒𝕥𝕙𝕒𝕟 𝔽𝕣𝕒𝕟𝕫𝕖𝕟 which I’m thrilled to be taking part in! 🌻 This is my first time reading Franzen and I’m really looking forward to getting stuck in to this chunkster of a book tonight! I’ll tag my lovely readalong buddies who I can’t wait to discuss the book with! 🌻 @4thestatebooks
𝓖𝓸𝓸𝓭 𝓔𝓿𝓮𝓷𝓲𝓷𝓰! I hope you’re all having a nice Sunday! On Friday night I had the pleasure of taking part in the @tandemcollectiveuk watchalong of Two Of Us - a brilliantly evocative French film. Thank you to Tandem and @horatioalgar for organising this! I really enjoyed it and loved discussing it with my watchalong buddies! The film is a love story but has a wonderful undercurrent of tension that you can feel from the start. The two lead performances are exceptionally powerful and the chemistry between them incredibly moving. I’d highly recommend giving it a watch! Also the lovely people at @peccapics have given us a 25% discount code valid from 20th-27th September - the code is NINA25 💗
Hello! I hope you’re all having a nice weekend so far! Today I’m featuring the absolutely brilliant Only Killers And Thieves by Paul Howarth and the sequel, Dust Off The Bones! I finished Only Killers and Thieves earlier this week and I was totally blown away by it. Set in the 1880s in a colonial Australian frontier, it is the intense, brutal and moving story of two brothers who endure a terrible tragedy and then find themselves caught up in another one on their terrifying quest for revenge. It is not an easy read at times due to the atrocities it contains but it is such an incredibly compelling and beautifully written novel. It is without question a five star read for me! ⭐️⭐️⭐️⭐️⭐️
Tonight I’m really pleased to be taking part in the @tandemcollectiveuk watchalong of Two of Us! I’m so excited to start watching at 8pm and here is a little pic of my movie set up complete with a refreshing peach drink, some toffee popcorn and of course my watchalong buddy, Lottie! 🐾🍿🥂
Hello! Today is my stop on the blog tour for the wonderfully inventive Five Minds by Guy Morpuss! I loved this speculative fiction meets thriller - head over to my blog to read my full review - link is in my bio! ❤️🖤❤️ @viper.books @randomthingstours [Gifted / PR Review Copy] 🖤❤️🖤
Today I’m featuring the tense and surprising Payday by Celia Walden! @littlebrownbookgroup_uk 💜 I loved this relevant, gripping and suspenseful thriller - I honestly couldn’t put it down. Swipe for the book summary and head over to my blog to read my full review! Link is in my bio 💜