Title: Keep This To Yourself 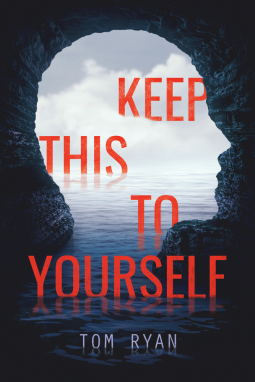 It’s been a year since the Catalog Killer terrorized the sleepy seaside town of Camera Cove, killing four people before disappearing without a trace. Like everyone else in town, eighteen-year-old Mac Bell is trying to put that horrible summer behind him—easier said than done since Mac’s best friend Connor was the murderer’s final victim. But when he finds a cryptic message from Connor, he’s drawn back into the search for the killer—who might not have been a random drifter after all. Now nobody—friends, neighbors, or even the sexy stranger with his own connection to the case—is beyond suspicion. Sensing that someone is following his every move, Mac struggles to come to terms with his true feelings towards Connor while scrambling to uncover the truth.

There’s something about a small town mystery that almost always makes for a juicy story full of secrets and for the most part Keep This To Yourself is no exception. A small community like Camera Cove that is full of intriguing characters gives the book an almost insular feeling that the reader can fully immerse themselves in. The aftermath of a shocking event is also a good place to begin a story of these people who have lived through a string of murders.

The book follows Mac whose life has been shaken by the murder of his best friend, Connor, at the hands of a serial killer. Mac starts his own investigation into the murders and along the way is drawn into a romance with another young man connected to the case. I liked the way the relationship between Mac and Quill developed alongside Mac trying to come to terms with his complicated and possibly romantic feelings for Connor. Connor himself comes across as the town golden boy, full of charisma and talent but as is often the case when someone dies young, the less complimentary parts of him are left unsaid, at least initially. Connor is clearly more complex than he appears from the townspeople’s recollections and is perhaps not the wonderful person Mac remembers him as. It is so true that love can blind you to the less desirable aspects of another person, especially a friend and that is definitely the case with Mac and Connor. I thought the slow realisation that things are not quite as they seem concerning the killings was dealt with very well and the author ratcheted up the tension slowly but surely.

I must admit that at times I found some parts of Keep This To Yourself a little melodramatic and occasionally far-fetched but overall I was pretty engrossed in the mystery. I didn’t see the twists coming until very close to the reveal which kept me on the hook and wanting to know more and I was satisfied with how the story wraps up even if it does stretch believability a little. I read this book quickly and found it an immensely readable young adult mystery with a few great little red herrings thrown in.

Click on the image above to be taken to Amazon if you want to buy/pre-order Keep This To Yourself. As an Amazon Associate I earn a small percentage from qualifying purchases. Any earnings will go towards books for review purposes! I would so appreciate it.

I received this e-book through Netgalley. My review is my own honest opinion.