Hello! So was tagged for this one by the lovely Kathryn at Metaphors and Miscellanea! This is a fun one because I always find it so interesting knowing more about my fellow book bloggers!

Name a cartoon character that you love:

I used to watch The Jungle Book over and over when I was about 3 and I love bears so I’m going with Baloo!

What is your favourite song right now:

I’ve been totally obsessed with the entire Hamilton soundtrack ever since I saw it in London in May. I didn’t think it could possibly live up to it’s hype – it totally did and excelled my ridiculously high expectations.

What could you do for hours (that isn’t reading):

I could draw for hours! I study costume design so I do a lot of that and also fashion illustrations which the above drawings are!

What is something you love to do that your followers would be surprised by:

Yoga maybe!? I love yoga – specifically restorative yoga which is all about relaxation (which for a anxiety-ridden person like me is a lifesaver) and Yin yoga which is about stretching and breathing. My joints are hyper mobile though, so I do have to be careful not to over stretch them!

What is your favourite unnecessarily specific thing to learn about:

I’m definitely not alone in this one but I find behavioural science fascinating! Things like psychopathy and serial killers specifically – basically anything about why people do the terrible things they do. I binge watched season 2 of Mindhunter just last week!

What is something unusual you know how to do:

I don’t know if it counts as unusual but I’ve been learning embroidery over the past couple of months! I’m finding it really quite relaxing.

Name something you’ve made in the last year (and show us, if you can):

Following on from my last answer – here is an embroidered elephant cushion and a bird/butterfly/rose work of embroidery that I’ve made recently!

What is your most recent personal project:

I deal with a lot of health issues and I take a ridiculous amount of medication and recently I’ve been seeing a nutritionist so I’ve been trying to improve some aspects of my health through nutrition, nutritional supplements and pilates/yoga. It’s not a very fast process but I’m hoping it will improve things for me a little.

Tell us something you think about often (possibly while staring out of windows):

Other than books and the depressing state of the world at times – the thing I think about quite frequently is dogs. Specifically my dog (above photo) but also dogs in general and what they are thinking!

Give us something that’s your favorite, but make it oddly specific: 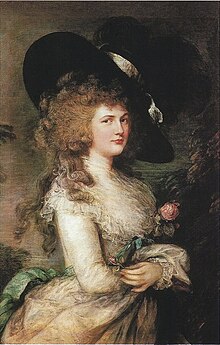 My favourite fashionable historical figure is the Georgiana, Duchess of Devonshire (1757-1806). The Keira Knightley film about her is also one of my favourite films – mainly due to the costumes!

Say the first thing that pops into your head:

I’m watching old episodes of Downton Abbey and I can’t stop giggling over Maggie Smith’s character asking “What is a weekend?”.

Well that’s it! I really enjoyed making this post and I hope you found it a little bit interesting! I’ll tag:

6 thoughts on “Anything But Books Tag”

I had such a fab time taking part in the brilliant @tandemcollectiveuk readalong of the wonderful The Maid by @nitaprose! Read on for my review! And huge thanks to @harperfiction and @tandemcollectiveuk for sending me this beautiful hardback! 💛
🛎 Hi everyone! I’m lucky enough to be taking part in the huge @tandemcollectiveuk readalong of The Maid by @nitaprose and I am so excited to start reading this evening!
Today I’m part of the blog tour for the wonderfully atmospheric 𝑻𝒉𝒆 𝑲𝒆𝒚 𝒊𝒏 𝒕𝒉𝒆 𝑳𝒐𝒄𝒌 by @bethunderdown! 🗝 @vikingbooksuk 🗝 𝚊𝚍/𝚛𝚎𝚟𝚒𝚎𝚠 𝚌𝚘𝚙𝚢 🗝
Hello! Today I’m on the blog tour for the fantastic Her Last Request by Mari Hannah which is out in paperback on 20th January! @orionbooks @alainnageorgiou
Two posts in one day - what is wrong with me! 😂 However, I’m also on the blog tour today for the brilliant Wahala by Nikki May which I really enjoyed and flew through in about 48 hours! My review is live over on my blog if you want to go check it out. I just couldn’t resist a photo of this gorgeous cover which is one of my favourites in a while! 💗💚💜 @doubledayukbooks
Today I’m kicking off the blog tour for the fantastic The Girl She Was by Alafair Burke! I loved this one! @faberbooks.