Hello! Time for another Top Ten Tuesday and today we are chatting about our most anticipated book releases for the first half of 2020! I love looking forward to see what books I can’t wait for so this is a fun one for me! There are loads of books I want to read but these are some that have really jumped out at me or that I’ve been looking forward to for a while.

1. The Ballad of Songbirds and Snakes by Suzanne Collins

The Ballad of Songbirds and Snakes will revisit the world of Panem sixty-four years before the events of The Hunger Games, starting on the morning of the reaping of the Tenth Hunger Games.

There is not much information about the upcoming Hunger Games novel which makes me all the more curious! I really liked The Hunger Games books (although I thought Mockingbird was rushed and had a few issues) so I’m fascinated to read a prequel of sorts about the terrifying and compelling games.

2. The Lying Life of Adults by Elena Ferrante

Giovanna’s pretty face has changed: it’s turning into the face of an ugly, spiteful adolescent. But is she seeing things as they really are? Into which mirror must she look to find herself and save herself?

She is searching for a new face in two kindred cities that fear and detest one another: the Naples of the heights, which assumes a mask of refinement, and the Naples of the depths, which professes to be a place of excess and vulgarity. She moves between these two cities, disoriented by the fact that, whether high or low, the city seems to offer no answer and no escape.

Ferrante’s Neapolitan Novels are one of my favourite ever series. The way she deconstructs female friendship and writes such complex and interesting characters makes me seriously excited for this upcoming book.

Today, her eight-year-old son Luca is all she has left.

I’ve seen a lot of buzz around this book so I am definitely eagerly anticipating it. It sounds pretty intense which is my favourite kind of read and from what I’ve read about it, I think it could be one of the biggest books of 2020!

It’s February 1976, and Odessa, Texas, stands on the cusp of the next great oil boom. While the town’s men embrace the coming prosperity, its women intimately know and fear the violence that always seems to follow.

In the early hours of the morning after Valentine’s Day, fourteen-year-old Gloria Ramírez appears on the front porch of Mary Rose Whitehead’s ranch house, broken and barely alive. The teenager has been viciously attacked in a nearby oil field – an act of brutality that is tried in the churches and barrooms of Odessa before it can reach a court of law.

Corinne Shepard spent years pushing against the limits of her town as they closed in on the girls in her classroom. Now, world-weary and unmoored by the loss of her husband, she has had enough of trying to save people. But her young neighbour, Debra-Ann – wild, motherless and lonely – has other ideas.

When justice for Glory is evasive and one of the town’s women decides to take matters into her own hands, the stage is set for a showdown with potentially devastating consequences.

First of all I really like the cover of this one and the story sounds equally fascinating. I like books set in the more recent past as they often still have a great deal of relevance. Plus, the 70s in Texas is so far removed from my life that I just can’t wait to read what sounds like a tense and gritty novel.

Feminism’s success is down to complicated, contradictory, imperfect women, who fought each other as well as fighting for equal rights. Helen Lewis argues that too many of these pioneers have been whitewashed or forgotten in our modern search for feel-good, inspirational heroines. It’s time to reclaim the history of feminism as a history of difficult women.

In this book, you’ll meet the working-class suffragettes who advocated bombings and arson; the princess who discovered why so many women were having bad sex; the pioneer of the refuge movement who became a men’s rights activist; the ‘striker in a sari’ who terrified Margaret Thatcher; the wronged Victorian wife who definitely wasn’t sleeping with the prime minister; and the lesbian politician who outraged the country. Taking the story up to the present with the twenty-first-century campaign for abortion services, Helen Lewis reveals the unvarnished – and unfinished – history of women’s rights.

I like reading anything about feminism to be honest and this book sounds like a really interesting and quirky way to look at the subject.

A series of unsolved murders with one thing in common: each of the deaths bears an eerie resemblance to the crimes depicted in classic mystery novels. The deaths lead FBI Agent Gwen Mulvey to mystery bookshop Old Devils. Owner Malcolm Kershaw had once posted online an article titled ‘My Eight Favourite Murders,’ and there seems to be a deadly link between the deaths and his list – which includes Agatha Christie’s The ABC Murders, Patricia Highsmith’s Strangers on a Train and Donna Tartt’s The Secret History. Can the killer be stopped before all eight of these perfect murders have been re-enacted?

I loved the last book I read from Peter Swanson so when I saw this one on Netgalley I immediately requested it. Plus how amazing does the story sound? I love the connection to other literary murders!

7. The Familiar Dark by Amy Engel

In a small town beset by poverty in the Missouri Ozarks two 12-year-old girls are found dead in the park. Their throats have been cut.

Eve Taggert’s daughter was one of them. Desperate with grief, she takes it upon herself to find out the truth about what happened to her little girl.

Eve is no stranger to the dark side of life – having been raised by a hard-edged mother whose parenting lessons she tried hard not to mimic. But with her daughter gone, Eve has no reason to stay soft. And she is going to need her mother’s cruel brand of strength if she’s going to face the truth about her daughter’s death.

This book sounds so creepy and atmospheric and I am really looking forward to reading it. I like this author so I have high hopes for The Familiar Dark. 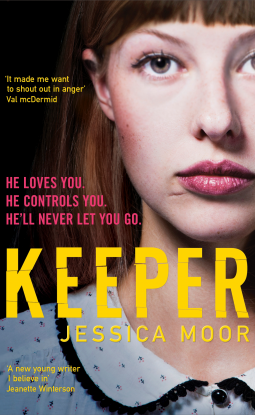 He’s been looking in the windows again. Messing with cameras. Leaving notes.
Supposed to be a refuge. But death got inside.

When Katie Straw’s body is pulled from the waters of the local suicide spot, the police decide it’s an open-and-shut case. A standard-issue female suicide.

But the residents of Widringham women’s refuge where Katie worked don’t agree. They say it’s murder.

Will you listen to them?

This one looks really sinister and intense and the premise is immediately compelling. I’m hoping this will turn out to be a great thriller.

9. Wow, No Thank You by Samantha Irby

Staring down the barrel of her fortieth year, Samantha Irby is confronting the ways her life has changed since the days she could work a full 11 hour shift on 4 hours of sleep, change her shoes and put mascara on in the back of a moving cab and go from drinks to dinner to the club without a second thought. Recently, things are more ‘Girls Gone Mild.’ In Wow, No Thank You Irby discusses the actual nightmare of living in a rural idyll, weighs in on body negativity (loving yourself is a full-time job with shitty benefits) and poses the essential question: Sure sex is fun but have you ever googled a popular meme?

I LOVED We Are Never Meeting In Real Life by Irby and I have recently bought her other book, Meaty to read so knowing there is going to be a third hilarious book with yet another adorable and funny cover makes me very happy.

Welcome to the dizzying heights of New York’s Upper East Side: where privilege, partying and scandal rules.

And Anna K knows the rules by heart. Beautiful, rich and popular, she takes care to maintain her status as the perfect girlfriend, daughter and student.

Then a chance encounter at Grand Central station with notorious playboy Alexi ‘Count’ Vronsky changes everything. Anna knows she needs to avoid Alexi, but sometimes fate has other plans . . .

Soon Anna finds it impossible to resist him, and finds herself willing to risk everything she has to be with him – no matter the consequences.

This one looks like it might be a love it or hate it read but I really want to love it because I adore the idea of a Anna Karenina retelling!

Well there you go – ten of the books I am most anticipating for the first half of this year! I’d love to know your thoughts on my list in the comments and please do leave a link to your own great Top Ten Tuesday Post!

30 thoughts on “Top Ten Tuesday: Most Anticipated Book Releases for the First Half of 2020”