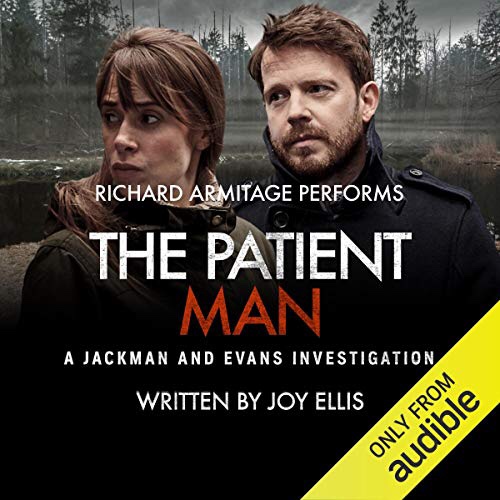 Jackman and Evans’ most dangerous enemy is back to finish things off.

The domestic bliss of Detective Inspector Rowan Jackman, of Fenland Constabulary, doesn’t last long. His old nemesis, serial killer Alistair Ashcroft, is back in town and ready to tidy up unfinished business.

Ashcroft sends a sinister text to DS Marie Evans. His opening move in what will prove to be a lethal game of cat-and-mouse. Yet for all his taunts, where is he? In a county crawling with police on the lookout for him, Ashcroft is nowhere to be found.

Everyone Jackman cares about is in danger. Alongside the hunt for Ashcroft, however, normal police work must continue. The separate thefts of six pigs, a thoroughbred stallion, guns and some oil lead Jackman’s crew to the notorious Lorimer family, ruled over on their farm by the fearsome matriarch Rachel.

Meanwhile, a seemingly routine break-in at the home of gun-club owner Kenneth Harcourt quickly becomes more complicated when the man long held responsible for having killed Harcourt’s young daughter in a hit-and-run is shot dead in a car park – by a sniper. A killer is on the loose in the quiet streets of Saltern-le-Fen, and he isn’t going to stop at claiming one life. But why is he focusing on young Kevin, so close to promotion to detective?

And the sniper, like Ashcroft, takes to taunting the police: they’ll never catch him, they need to respect him, they shouldn’t be sidetracked looking for their old adversary.

In a stunning conclusion, Jackman and Evans race against time to catch the sniper and track down their deadly adversary. A lethal game with a very patient man. Full of twists and turns, this is a crime thriller that will keep you listening until the shocking ending. Set in the atmospheric Lincolnshire Fens whose towns and isolated villages hide many dark secrets.

The first thing that really struck me about The Patient Man is how much I loved the setting. It is based in the Lincolnshire Fens, full of farmland and small communities which creates the perfect atmosphere for a juicy crime story. The story follows working duo Jackman and Evans, of the Fenland constabulary as they deal with a strange sequence of criminal activity along with the return of an old nemesis, serial killer Alistair Ashcroft.

The relationship between Jackman and Evans is the driving force of the story. They have a deep trust and respect for one another that keeps the stakes high throughout. The Patient man is full of colourful characters which makes it feel like classic detective fiction. The different strands of the plot, which initially appear unrelated, slowly knit together to a gripping conclusion.

Richard Armitage’s narration is honestly pretty note perfect. I’ve listened to a few audiobooks he has narrated and they have all been beautifully executed. His voice is soothing and he is fantastic at creating a unique tone for each character which I feel is so important in an audiobook. His grasp of accents is an added bonus.

Overall I really enjoyed listening to The Patient Man. It is full of atmosphere and great chemistry between the characters. If you enjoy detective fiction and mysteries then I think this audiobook will definitely deliver!

I received this audiobook as part of the blog tour through MidasPR. My review is my own honest opinion. 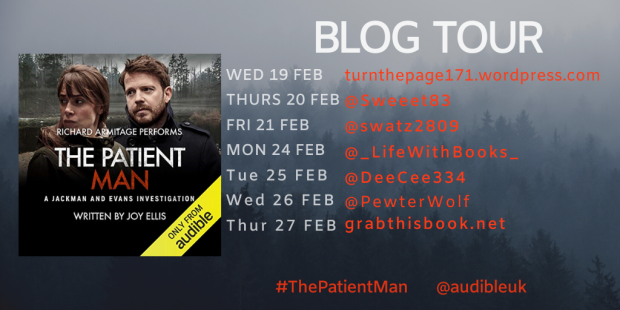